A downloadable game for Windows, macOS, and Linux

I absolutely love the original Frogger arcade from 1981, however it has some flaws I want to improve upon while keeping the most important game mechanic intact. This is a work in progress, but since the game is playable you can have some fun  it while I code it.

IMPORTANT:  Subscribe to my feed in itch.io so you get the latest updates.

Cursor keys to move the frog

On Android use swipe movement.

Changes to the original arcade:

- a more forgiving collision detection (the pixel perfect system from the arcade really bothers me), so if the frog "touches" vehicles by a few pixels you do not die instantly. yet, do not push your luck. :-)

- Incremental difficulty as you pass each level is is more progressive.

- No points for moving around. You get whatever points are in your time bank when you reach a goal.

- Both the road and river have a fixed set of logs, cars, crocs, turtles, etc. This allows players to have some muscle memory when the game gets faster (and it does get faster).

- Snakes on logs, some insects as bonus, crocodile appearing on the goal slots. I am not sure those really make the game better... we will see.

- polish the thing... there are some glitches to fix.

- I have some weird ideias I want to experiment with, as long as they do not ruin the game, I will probably make them optional.

Web demo (much slower than the download version and with keyboard latency) so you can see it moving: https://pls.plaureano.com/ArcadeActionFrog/

Sadly, the iOS version for iPhone and iPad did not sell enough units to justify the €100 euros Apple charges every year, so it’s out of the AppStore.

Thank you for making this game. I rely Enjoyed plying your Rendition.   Again Thank you.

glad you liked it! I have just seen the video. I was rooting for you to finish the level. Cars speedup afterwards.

Im glad to know that.  Something to look forward too .  ^ 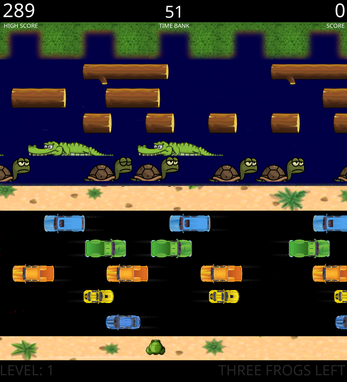 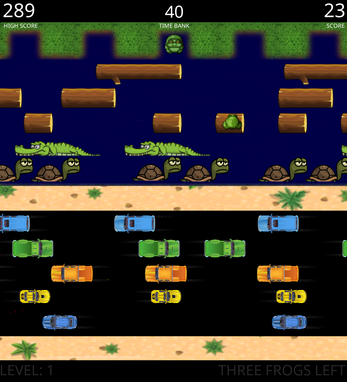 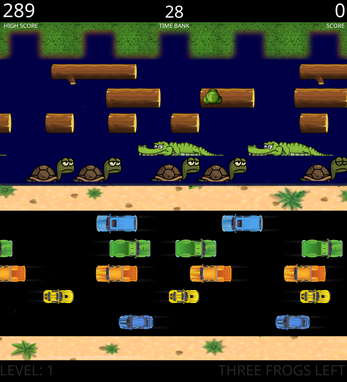 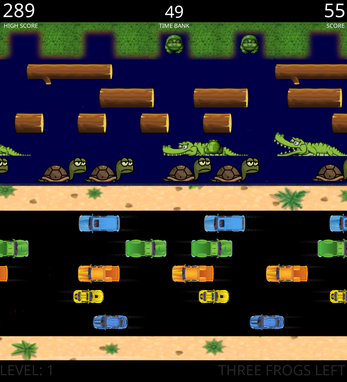 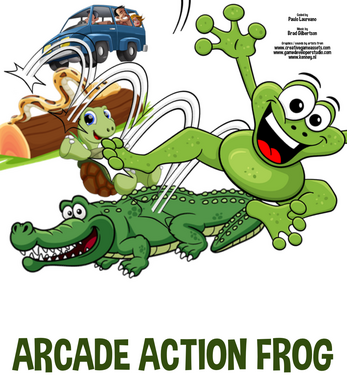